Why “B Players” Are Dangerous For Your Business Business owners typically pay the most attention to the top 10% performers on their team (the A players) or the bottom 20% (the C, D, and E players) while the B players get ignored. Is it dangerous to ignore your B players? Yes. We’ll get to that later. First, let’s discuss what a B player is. What Exactly is a B Player?

The best way to explain what it means to be a B player, is to compare a B player to an A player. An A player is easy to spot on your team. The coveted A players are noticeably ambitious, self-motivated, proactive, self-reliant, and known for their consistently high energy and peak performance. A players are the winners on your team, and they don’t go unnoticed.

B players need more micromanaging and external motivation in the workplace, as they have trouble with self-motivation and self-discipline. B players are decent at their job and do some things well, but you can’t rely on them to take your business to the next level.

Their work will be fine – sometimes it’s even good – but it won’t be great. If you want great, you need A players.

A players, on the other hand, are known for not just meeting expectations but exceeding expectations. A players go above and beyond what’s in their job description.

On the other hand, B players will say things like, “That’s not in my job description” which is an indication that they want to get away with doing the bare minimum – nothing extra.

B players tend to be quite lazy, and they prefer to stay in their comfort zone. This means they will rarely ‘think outside the box’ and get strategic to solve a problem. A players understand that they often have to leave their comfort zone to solve big problems. A players are also much more motivated to solve problems because they strive for greatness.

B players are less ambitious. B players also tend to make excuses for poor performance rather than taking accountability like an A player would. Why Do B Players Fly Under The Radar in the Workplace?

One of the reasons why B players are dangerous for your business, is because they tend to fly under the radar. They get away with being mediocre because they just barely meet expectations by doing the bare minimum – and they do a decent job, so they often go unnoticed.

B players fly under the radar because they don’t make waves. They don’t make serious mistakes, nor do they achieve anything seriously outstanding. They hide out in their quiet comfort zone of mediocrity. And mediocrity is dangerous. Nobody wants a mediocre business.

Remember how earlier, I mentioned that business owners typically pay the most attention to the top performers on their team (the A players) or the bottom performers (the C, D, and E players)? This is largely why B players in the workplace get ignored, and this is why they get away with their inferior performance. While you, the business owner, might not pay much attention to your B players for the reasons I just mentioned, do you know who does notice them? Your team’s A players. You see, the A players on your team get frustrated with the B players’ level of mediocrity. This is dangerous, since you want to keep your A players happy.

Your business could be in serious danger if you lose your A players. The problem is that A players want to be around other A players. They don’t want to be working hard, and look over at a B player playing a game on their phone or taking a sip of a beer.

B players can also damage your business by repelling A players who may have otherwise been interested in working for you. It’s harder to attract A players to work for your company if you have a lot of B players on your team. A players attract A players. Remember that. Can You Turn B Players Into A Players?

Janine Popick, co-founder and CMO of Dasheroo, told Inc, “You’ve got to nip your B-players in the bud. Either get them to “A” status by coaching and mentoring them, or cut them loose. You don’t want to look back and think about where your business ‘could have’ been.”

My advice would be to only coach and mentor a B player if you truly see potential in them. You should also ask yourself, what is causing them to under-perform? Is it laziness? Ego? Fear? Mindset? Can you change them? You have to figure out if it’s a personality issue, a behavioral issue, or a capabilities issue. None of these can be easily changed, but of the three, it’s easiest to change a capabilities issue with coaching.

Sometimes you can change their mindset to think more like an A player, but sometimes you can’t. Sometimes B players have deep-rooted issues and they are a long road away from being ready for change.

You should only give a B player about six months to improve before sending them packing. I’ve seen B players turn into A players with the right mentor, but it’s rare.

In other words, coaching a B player and turning him or her into an A player is the exception, not the rule. Once you do a cost-benefit analysis, you’ll probably realize it’s better to just let your B players go. When Should You Let Go of Your B Players?

When is it time to fire your B players? As Larry Yacht, former Navy SEAL and co-founder of Plan Sight says: “The answer is Yesterday.” Yacht says, “I have never been in a situation where I have decided it’s time to let someone go, and not realized I should have let them go weeks ago. If you ever ask yourself if you should let someone go, the answer is that you should have let them go yesterday.”

I’ve personally have learned how toxic and destructive just one bad apple in an organization can be. B players typically know they’re getting away with under-performing, so they know it’s only a matter of time before they’re fired.

It might be a relief for them to be let go. Perhaps your requirements outweigh their capabilities, which has been causing them stress for some time.

Perhaps they’re just not cut out for the mission you had hoped they’d successfully embark on within your organization. You wouldn’t send one of your team members on a dangerous mission knowing they’ll fail, because if they fail, it puts the whole team in danger.

It’s better to just cut ties. The sooner the better.

It’s not always an easy decision to let employees go. However, as a leader I have to make these decisions all the time. I have to fire people. It’s often not a popular decision. Any type of change causes conflict because many of your team members won’t like the change. But don’t worry – they will adjust.

Larry Yacht explains, “We are conditioned to be lazy and to not like change. We want to conserve our resources, which is why we often want to keep someone around instead of letting them go. Any change will require mental resources, physical resources, costs and conflict.” Yacht also explained that he tends to analyze the problem with the employee or contractor in question. If he finds that it’s a capabilities issue, he asks himself, What’s the cost to improve their capabilities, and is it worth it?

You have to focus on your business goals, and stop accepting less or settling for less. Have higher standards for your business, and figure out ways to attract more A players. You business will have a higher chance of survival if you attract more A players. According to the U.S. Small Business Administration, less than half of small businesses will survive 5 years, and only one-third of small businesses will survive 10 years.

Speaking of your business’s survival, you can never put B players in charge of sales. They aren’t ambitious enough to feel the need to beat sales targets. They’ll be happy if they just barely meet those targets.

Chances are, replacing three B players with one A player will leave your business in a better position. Your business will then have the potential to be great. I know it’s a hard decision, since some of your B players do good work sometimes. John D. Rockefeller, one of the wealthiest Americans in history, famously said, “Don’t be afraid to give up the good to go for the great.” If you want to see your business achieve more success, one of your New Year’s Resolutions should be to hire more A players in 2020. You need to replace your B players with A players.

Serial entrepreneur Jon Soberg once said of B players: “Every person you hire who is not a top player is like having a leak in the hull. Eventually you will sink.”

You don’t want your business to sink, do you? Luckily, the A players you bring on board will quickly patch the holes your B players left behind.

You may be wondering how to attract more A players. The thing is, just like closing big business deals requires the skill of closing, so does closing A players. You’ll need to be a great closer to convince a multitude of A players to work for your company. If this is your goal, it might be time to upgrade your closing skills.

If you want to master the art of closing in order to close more A players to work for you, and to close more business deals, watch my free training on High-Ticket Closing here. Your business can skyrocket in 2020 if you commit to your success. 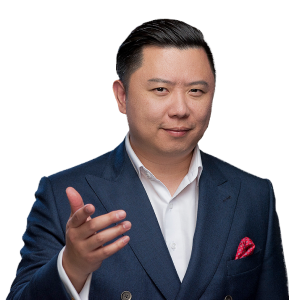